This section covers functionality that may be used in the operation of the terminal or during transactions.

The terminal has a menu-driven interface, where the user chooses from a list of menu options to initiate specific actions. This type of interface provides the user with an intuitive way of interacting with the terminal and its application. 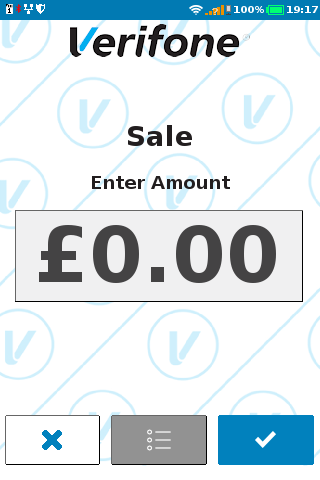 On touch terminals such as the V240m, the User should press the

button on the touch screen. On non-touch devices such as the V200c, the User should use the top part of the rocker key

As a general rule, if the

is selected on the terminal, the application will revert to the main (top-level) menu.

Also, once the specified timeout has been exceeded, the application will revert to the Main menu. The exceptions to this include- Incorrect password or Incorrect invoice (number transaction) where the screen reverts to the previous screen. 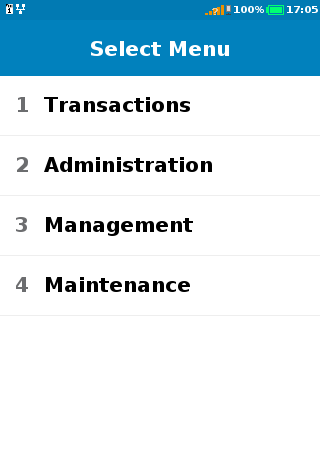 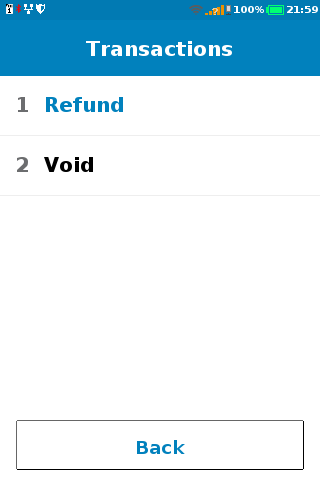 When more items are available on the menu than can be displayed, the page up or page down button will appear and can be touched on-screen or operated via

The back button or

can be pressed to go back up one level of the menu. Pressing the

key will return to the idle screen.

Some menu options are password protected and those options will present the following screen: 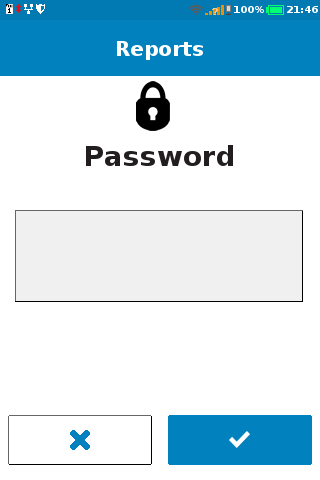 If the incorrect password is entered a warning screen is displayed. 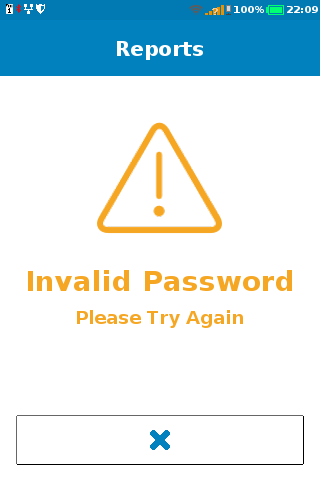 When idle, components in the terminal will be powered down to reduce energy consumption or save battery power. 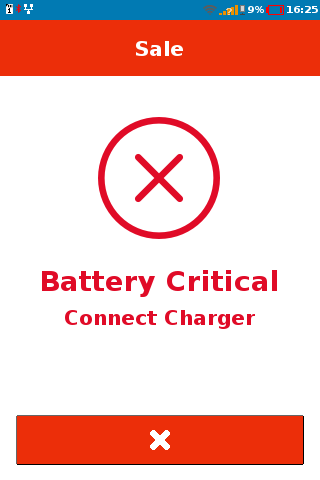 When the terminal printer is out of paper, it generates a beep and stops printing until the paper is replenished. Once the printer detects the paper, the previous printing job is re-started from the beginning. The following scenarios depict the terminal flow if the terminal runs out of paper or no paper roll is present: 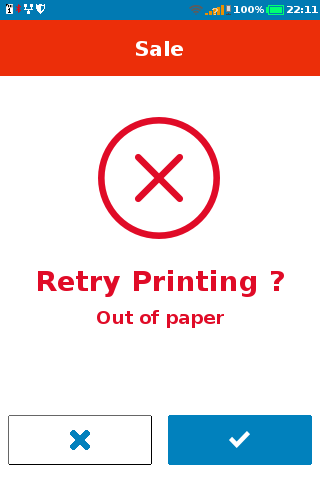 2. If the terminal runs out of paper while a receipt is printing, the device will wait until the paper has been inserted.

Use the following steps to load a roll of 57mm x 40mm thermal printer paper into the compartment of a V240m (diagrams shown below). Please note that although the compartment housing looks slightly different, the procedure is the same on the V200c. 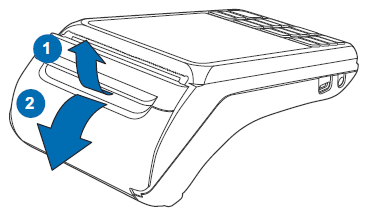 2. Load the paper roll as shown below, with the edge of the paper on the top of the roll. 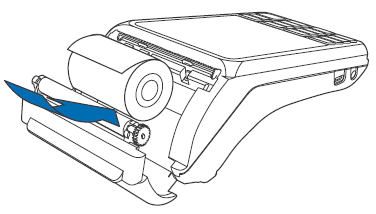 3. Pull a length of paper up over the serrated cutter and close the compartment door. 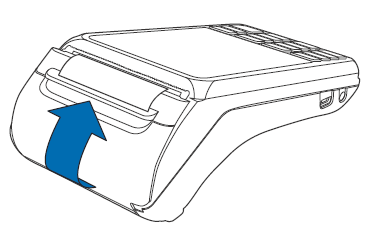