An online transaction* progresses through the following states: 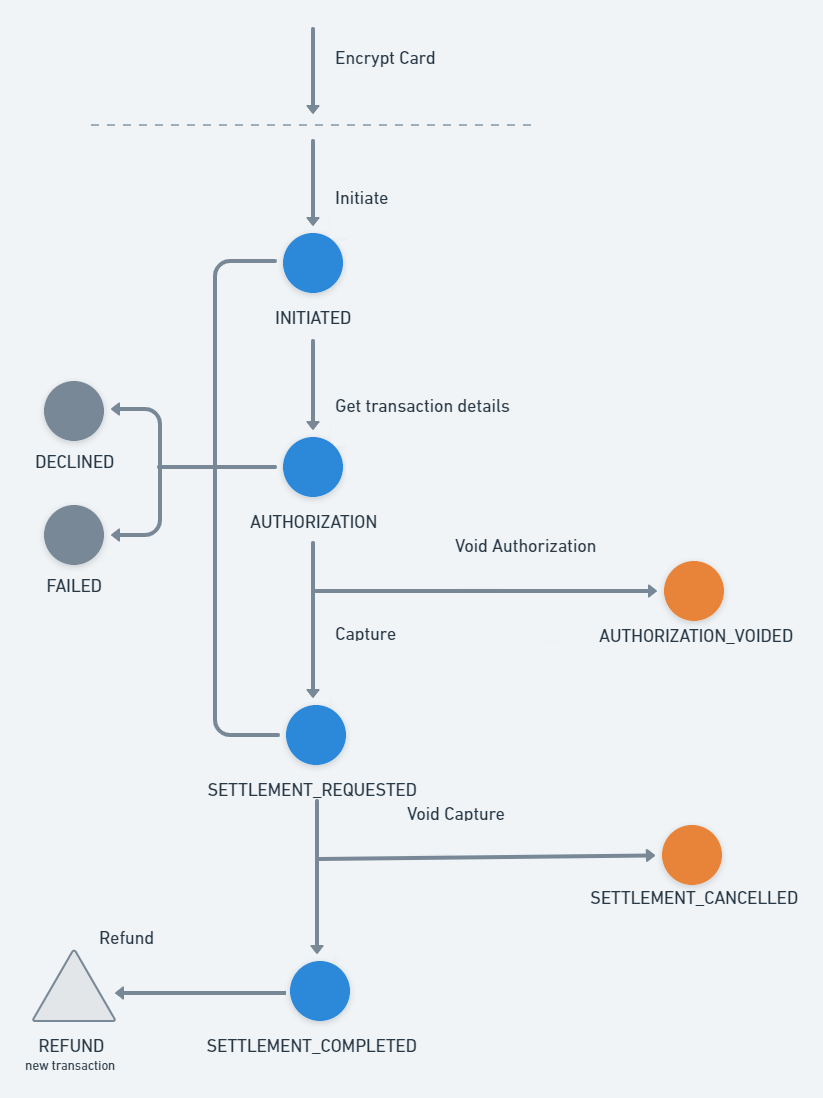 Note: *The payment flow can vary depending on the channel, acquirer, payment method, etc.

Transactions can have different statuses (only one at a time) based on where they are in the life cycle. The life cycle will vary slightly per payment method.

The transaction has been successfully created but has not been processed yet.

This step indicates that the card issuer has authorized (approved) the transaction for the card holder. An authorization freezes the funds on the credit card. From this stage the transaction can either be captured or voided. Until either action is taken the funds are still frozen on the credit card. However, issuers generally release the funds (void the authorization) automatically within 7-30 days if no action is taken at all.

An authorization can be voided if the goods cannot be delivered or the card holder wishes to cancel their order. Only the merchant has the power to void the authorization.

A transaction receives this status when it has been captured by the merchant. If a capture request is submitted the previously frozen funds will be captured from the credit card and transferred to the merchant account. In the background acquirers typically generate a batch file for processing with the card networks. The batch file is generated once per day and contains all transactions that the acquirer would like to capture. Cut-off times are used for the generation of the capture file.

After the transaction has been captured and before the batch file is generated by the acquirer it is possible to cancel or void the settlement request. This can be done by the merchant by voiding the capture.

Transactions can be declined by the card issuer for various reasons. For example if the card holder has insufficient funds in their account. Find a comprehensive list of reason codes here.

A transaction receives the unknown status as a response to a authorize, void or capture request. This means that something has gone wrong and the state of the transaction cannot be determined at this time.

Do you have a question? On our Support page you will find a list with answers to frequently asked questions.
Did not find the answer you are looking for? Please contact us. We are happy to help.